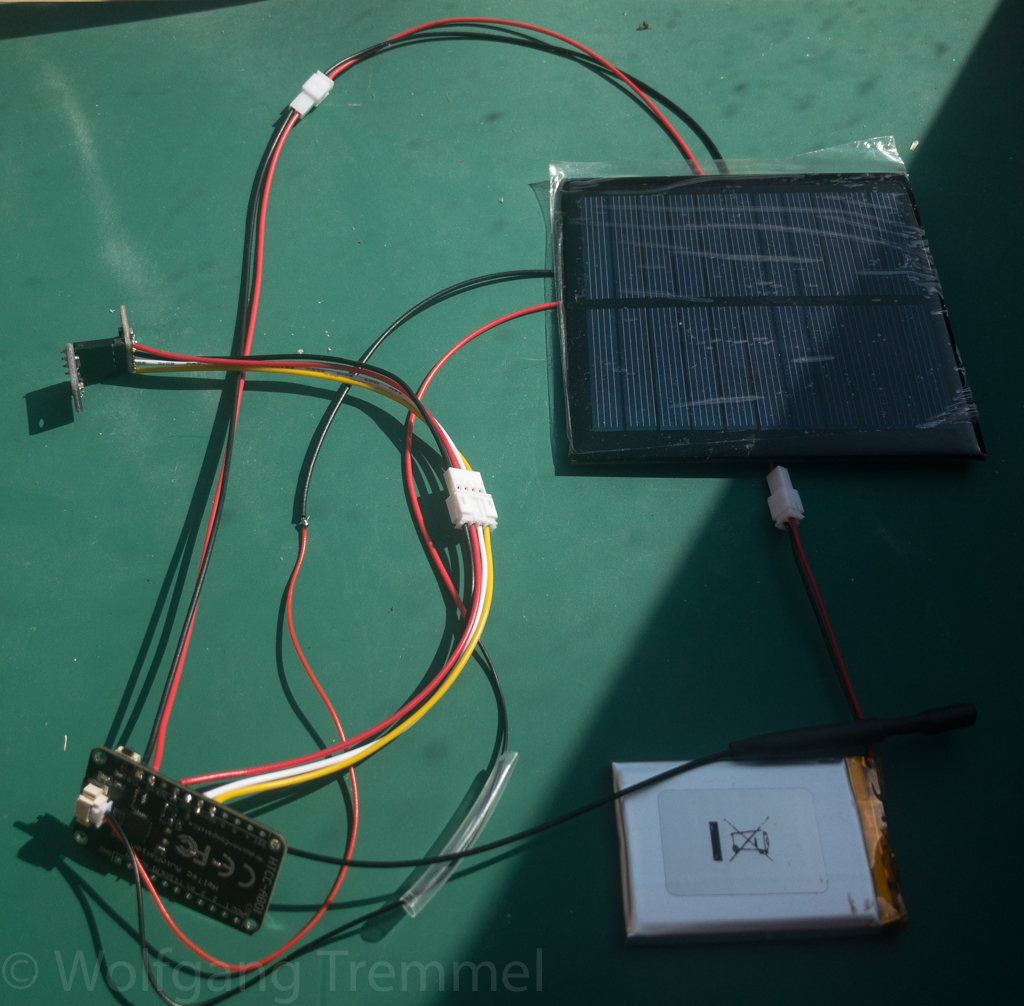 I built this type of weather station before. But unlike the last times, when I blogged only after I completed it, this time I will blog during building it. I do not spend too much time on this. Still working from home I often lack the energy going back to my desk in the evening and writing code or designing stuff. So I spend about 30 minutes each day, making this a slow build. But hey, even when working slowly I will complete this.

This is the fourth version of my outdoor weather station. The following hardware concecpts I tried so far:

For this version I decided to try a new microcontroller board – the Heltec Cubecell Board (they have a number of boards available, just check). This board is a makers dream:

And this feature neither Arduino nor Adafruit has:

On other boards you can power down the board, if you are lucky the memory stays powered and you do not have to re-connect to the LoRa network, but your sensors are constantly drawing current. With the Cubecell Vext connector, you can power down your sensors when the board goes into deep sleep and power them up again when it awakes. Of course some sensors need re-initialization after that but it still is way more energy efficient then keeping them running.

Ok, lets to back to building a weather station. This blog entry follows my process and does not immediately present the finished product. So my first steps are:

On hardware you need:

For trial I just put everything together with cables and connectors. Even in the finished product I avoid soldering if I can, because if something gets wet or wears out, plugging in a new part is way easier then to re-solder. You can see my setup in the picture above.

Connect all sensors via I2C bus and connect power to the Vext pin of the controller. Solar panel goes to V* and the battery to the battery connector on the back. Next is uploading software and testing.

If you start from scratch this is the hardest part. But I built LoRa based weather stations before so I could re-use a lot of my code. The only thing Heltec (as everybody) does differently is the LoRa part of the code. Fortunately they provide many examples in their Github repository.

You can check my code also at Github. The idea of the software is very easy:

I mentioned TheThingsNetwork – this is a commercial LoRa network provider who also have a community edition. I operate a gatewayat home and can use all other gateways of the network for free.

So this is now sitting near a window and transmitting data. Next step will be building a 3D printed case for it.