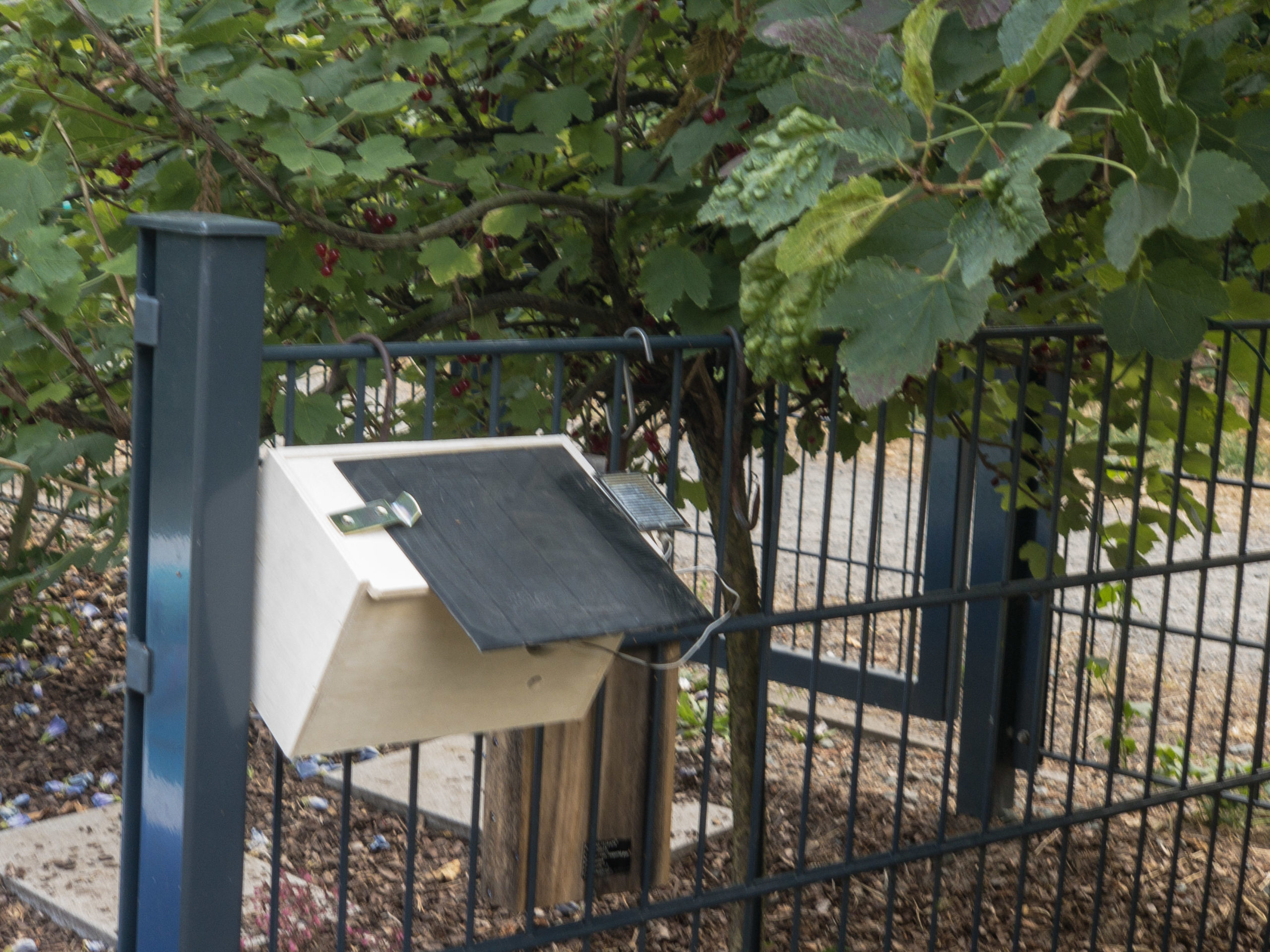 Last week my garden sensors gave up – the wooden birds house I used to contain them was simply rotten so I needed a new one. For outside housing of sensors these cheap wooden birds houses are great – no plastic but wood, cheap, and easy to work with. The local home supply store only had expensive ones, so I ordered the cheapest one I could find on Amazon. Important feature is a “door” for easy access to the inside, and it must be possible to mount a solar panel.

Goal of the project was to have a small weather station, measuring temperature, humidity, air pressure and light level (and perhaps also rainfall), solar powered, battery buffered (for night time) and which reports all measurements at least every 5 minutes to a central server.

The first build used an ESP8266 connecting to the house wifi, it was ok-ish in summer time but in winter the battery buffer did not last through the night. So the second version used LoraWAN instead of wifi, bringing the required power down to a level where two AA cells for buffering were enough even for a couple of days with the solar panel covered by snow (fully charged the two AAs last about 5 days). Hardware is an Arduino MKR Wan (I have another station using Adafruit instead). This photo shows what’s inside the box: 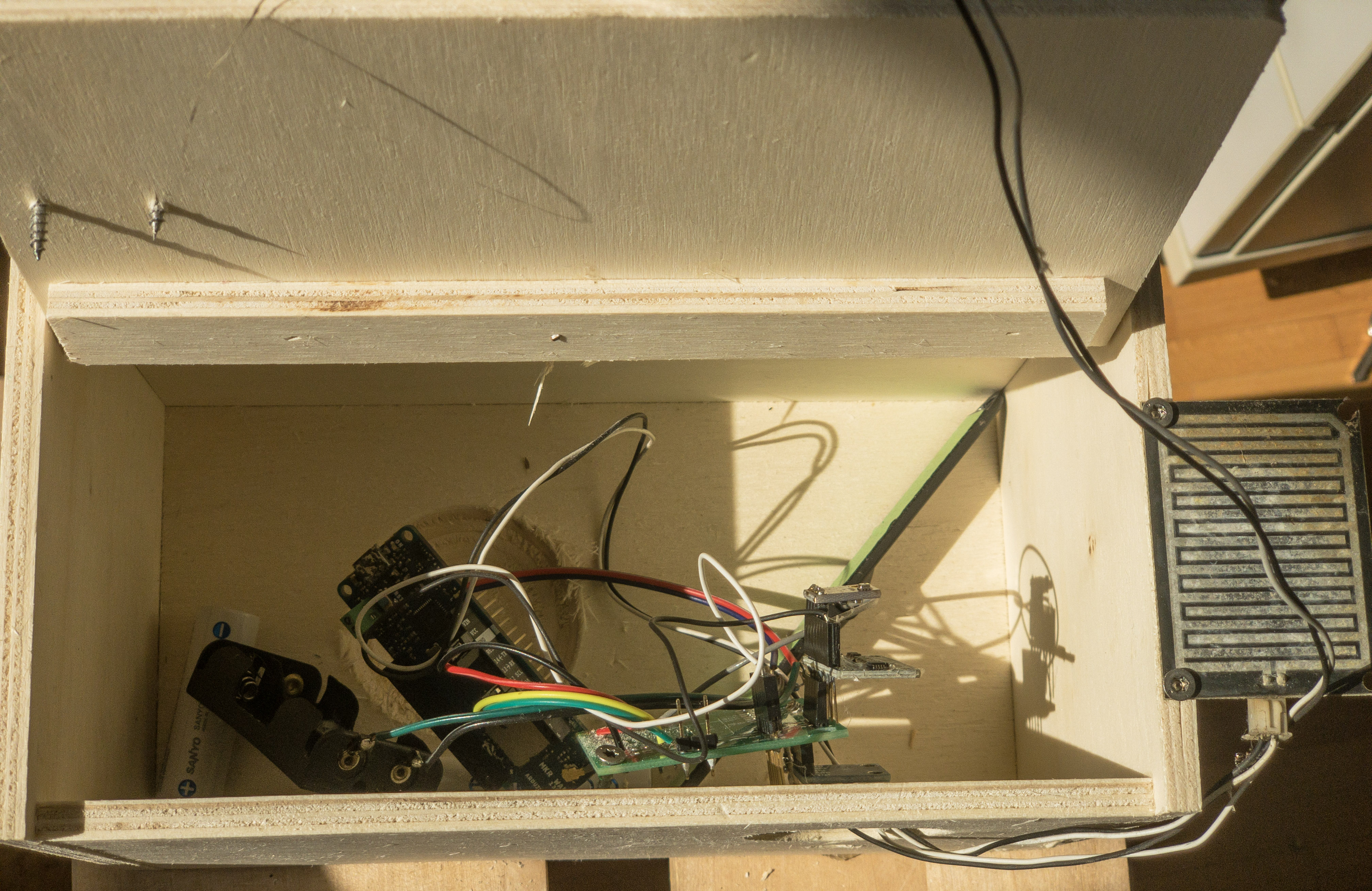 Software is open source and hosted on GitHub (yes I know, lacks documentation). I am using TheThingsNetwork to process the LoraWan datagrams and pull them from their servers (for simplicity – I do not have to take care of the LoRa infrastructure). 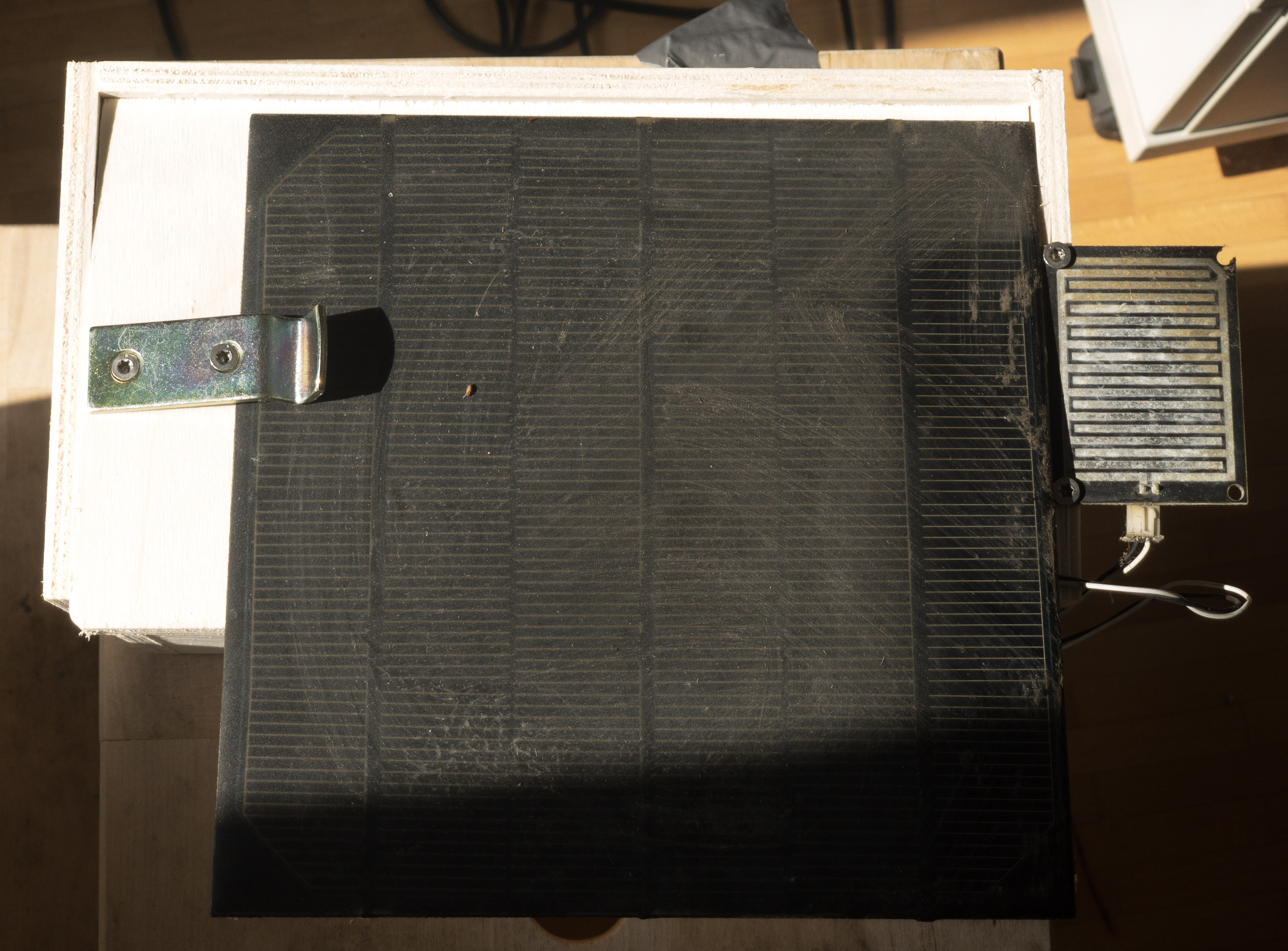 One thought on “Environmental Sensors: Remote” 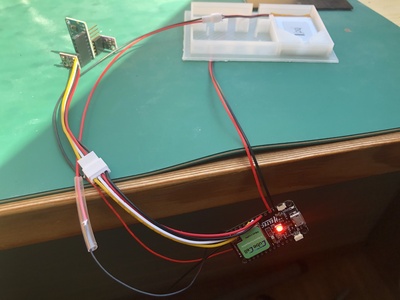