Ok, this is now the 3rd incarnation of my web server. The first one was “plain html” – just a bunch of files I edited with a text editor.

The next one was based on a content management system. Since I do some photography, its primary purpose was to publish my photographs. So, after a lot of research I decided for Koken – a CMS for photographers. It was really great and my web server – still alive at www-old.garf.de – was running fine with it. Koken had all the stuff I needed but was not overloaded with millions of plug ins. Just exactly right. I even spent $25 on a paid plugin so I could protect part of my albums with a password. Then Koken was sold. The new owners continued updating the software for a while, but now Koken is dead, last update happened about two years ago. Abandonware. Time to move on.

After again some research I bit the bullet and started with this website based on WordPress. Don’t get me wrong, I have nothing against WordPress as such. Its just that everybody seems to think that they can make a quick buck by writing a scrappy plugin and then charge $$$ for it. Kudos to all writers of free plug ins!

So, lets se how far I get. This is just a hobby. 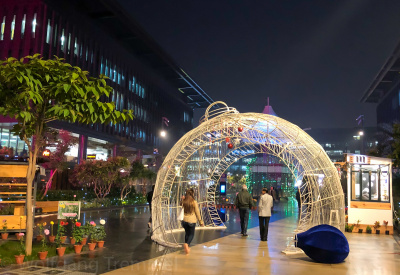